Sorry about taking so damned long, but I finally got the time to plow through all these EPs. 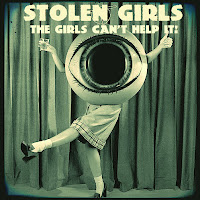 A new band with the previously featured Greg Cee on the roster. Much like the solo work of Greg Cee, this band plays loud and howling garage punk. At risk of saying so about too band submitted bands, they remind me of the early Ty Segall bands like Party Fowl and Epsilons. But I just as easily might say Tyvek or Nohopekids. Hope they realize how happy I am to get some garage sent in, been hankering it all the more since some conversations with people that are less than fans of the genre. 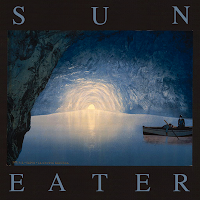 Won't lie that I completely forgot what this band said they were playing between downloading their EP and playing it for the first time. The pleasure I got when I heard some real smoothly done yet heavy post-rock was amazing. Instantly I recalled how much I enjoyed music like this done by Kinski, Lebanon and Maserati.  Guitar, bass and drums blending together yet all distinctly separate to form of psychedelic experience that with a feel beer inside of you can make transcendental. 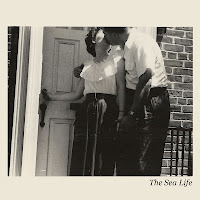 Adorable, that's literally the best word I could summon for the rock these cats are laying down. It is sentimental but not sappy, that's something I can dig. Most obviously they're a very well produced rock group.  And holy shit did this band drive me insane for whole night trying to remember who the fuck they were making me think of. To be honest to was likely some amalgamation of memories so I might never find it, but if one of you figure out something remarkably close let me know. 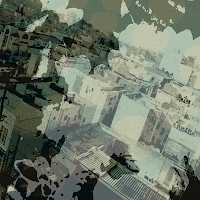 This is shaping up to be one of the most diverse of Grab Bags yet with another very different sort of band appearing. Although I only recently posted their full-lungth album, 10,000 Tropics, Dive Signal has released an EP. While firmly ambient like the album, this has got some jazzy aspects. The first track has got some sweet as bass line running through it and later swore I heard free jazz horns! Quite astounding how when your game is subtly that the smallest introduction of new elements can be fantastic.

Perhaps boldly they've tagged their EP as "drug pop" but I'll entertain the concept of being purposefully trippy. After all I just cited it as something I enjoyed earlier in the Grab Bag. There's a wall-of-sound-like quality to this group that pushes them toward shoegaze, alternatively one could say its somewhat krautrock. Pretty solid EP (best played loudly) that's got me intrigued.

You may notice that this EP isn't really a recently release nor widely known. In fact I got it so long along just randomly dicking around on the internet that I can't recall what brought me to even listen to it. What I can say is that it's oddness has been terribly endearing. Straightaway this EP is fucking bizarre. Weird drumbeats built into a lo-fi, instrumental rock song. Thereafter things just get stranger as the dude sing/spoke words it up with a muddled, breathy voice. This is too the tropical drums mind you. It is like staring into a surrealist painting for hearing it. Won't lie, don't think this was an official release, likely i just took all the myspace tracks available at the time and tagged it this way.
Posted by Antarktikos at 9:42 PM