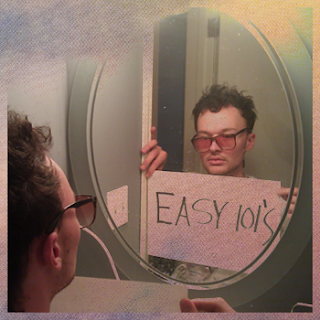 Summers in eastern Canada last maybe 2 months on average. A lot of folks in the states wonder how people can deal with so much cold throughout the rest of the year.... I say, that's easy... you wear layers, stay inside, or put a hot toddy in your cry hole. Boom... warmth. The question really is: how do Canadians deal with the anticipation, arrival, and departure of such a brief summer? People must go abso-fucking-lutely insane with happiness... the very act of walking stored away in cedar closets with flannels and coats. Instead, I bet entire cities ballet dance to their jobs or corner stores. People must stand on rooftops, overlooking those dancing below, throwing tufts of cotton candy and spraying champagne onto them.

Goddamn, I gotta get my passport and see this shit.

The first time I went to Canada, it was in the fall and you didn't need a passport to get there. I was checking out the University of Toronto, thinking it'd be nice to get away from the post-9/11 nationalist fever sweeping the United States. It was a weekend and I'd neglected to schedule a tour or anything, so I ended up wandering around the city. Man, what a nice place... I was really impressed with their black squirrels. And there was a dude selling his band's hip hop CDs on the street... just like in Muscle Beach. I bought 2. They are horrible.

What isn't horrible, however, is all this awesome music currently coming out of Canada. There's even evidence of a scene, a weird lo-fi sleaze scene that this guy, Greggy Clypse, sounds a part of. He's a new act from London, Ontario which, apparently, has one of the largest bbq rib festivals in the continent, so it's gotta be a pretty cool place. His sound is lo-fi disco glitch pop and, as if that were a discernible sound at all, there's something a little off about his take on it. The music is engaging but also makes me a little uncomfortable. In that respect, it's a little like a 70's porno, which are weird because everyone is too hairy and no one is very sexy. The song "Moments" sounds like MGMT if they made a record while high on cough syrup... "Duh Duh Duh" sounds like Ariel Pink or White Williams writing a disco-glitch rendition of music from the Super Nintendo game, Pilot Wings.


This is weird stuff, accessible but weird. 7 songs, free for download, including a Willie Nelson cover.