Another series of EPs I was sent (for the most part). All these are to be had for free on bandcamp so let's do it to do then, pilgrims.

A lovely psychedelic pop EP coming out of Austin, if the tag on bandcamp is to be believed. The guy that submitted it was also in Liquid Skulls but this is a different beast. The psychpop nature of this makes it irrestable for me not to make an E6 reference, but they're certainly doing their own thing here. Very nice.

This is some really chill ambient music. Minimal, experimental and quite atmospheric. Easy to lose track of oneself while listening. Interesting and worth the download for sure. 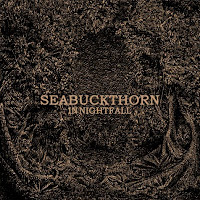 This was sent in by Bookmaker Records, the folks that released Henryspenncer. However, the UK's Seabuckthorn is of another variety of music. In Nightfall is a 23-minute exploration of instrumental psych-folk. Real mellow and melodious. Give this guys a go and support the label should you like what you hear.

Grandpa Was A Lion - Archaic EP (2011)
or Download via mediafire

This one I found on my own just knocking about bandcamp. Pretty decent glo-fi/dream pop. Very soft and sleepy making it rather suitable for a good evening listen. Like let's say get hit by a bus and you're now among the cloud folk, you might hear something like this.
Posted by Antarktikos at 10:40 AM