These are submitted singles that have been showing up in my inbox. They're good but not long enough to merit an entire post to themselves, just like parts one and two in this series. Basically, they're short and sweet, so hear it up, dog. 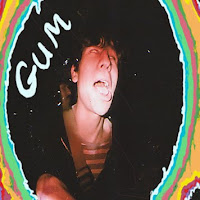 This band has previously had their release Drink From Between Our Hair posted on the blog. This single is a follow up that demostrates the same chaotic math rock. Rather intense for sure.
Also don't forget to check his other band Wrestling Club. 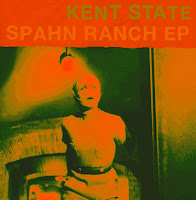 Lo-fi shoegaze that's catchy and extremely easily relistened to. The artist described it as, "Maybe something like Guided By Voices meets Ride or Swervedriver." Pretty apt and pretty neat. There's also a cool single available on the same page called Challenger B/W 2814. And like always I put an EP in the singles post...

A very brief set of tracks from a musician that's been shilling his stuff over p2p chat rooms. I can't imagine that gets one very far, but seeing as how I found his noise experiments (for lack of a better name) pretty neat, figured I'd throw it up here. It is abstract and not really melodic at all, but interesting nonetheless.

The Clap, the funniest of STD's to talk about, as well as a wild band. This is really just the b-side to a cassette single put out by Pink House Tapes. It is strange though, like it is a great psych-garage track of sorts then it fades what I assume is a cat purring with sparse sounds laid over. Can't claim to have heard that before.
Posted by Antarktikos at 11:23 AM