I was at the ballgame the other day and on the jumbotron, or whatever they call it, they'd display huge letters spelling out "Day" and "Oh" alternately. Now as everyone that remember the film Beetlejuice, which I do as much as I wish I could forget it, this is from the "The Banana Boat Song" made famous in America by Harry Belafonte's version. Now this song is commonly mistaken as Calypso music, but Calypso originated in Trinidad whereas "Day-O" is a Jamaican dockworker chant. Technically, the song began as Mento, the Jamaican folk music that preceded and influenced the later musical styles of reggae and ska. Now, I won't profess to be an expert on how it composed, but there is a really good overview of the tradition on another blog that specializes in "Latin" music (though Jamaican is a anglophone nation they did a fine job anyhow). To say it overly briefly, it rhythmic folk that heavily features bamboo-fashioned wind instruments, banjo, and rumba boxes. Makes me wish I could be an ethnomusicologist whenever I find traditions like this squirreled away around the world. Couldn't pick which compilation to post up so I decide to share two. There is Mento Madness: Motta's Jamaican Mento 1951-56 featuring 18 tracks of well-selected Mento, and Jamaica-Mento 1951-1958 that holds twice as many more songs. Hopefully you'll appreciate these charming tunes in these sunny days summer should bring.
To be had here: 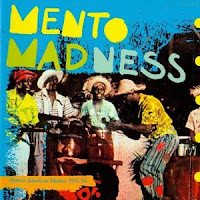 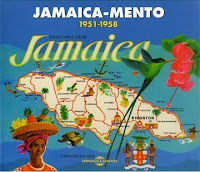