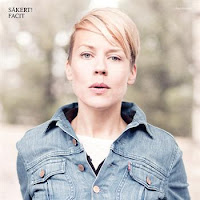 Quite similar in tone to yesterday's posting, Seabear, this is another Scandinavian indie pop album. This is the second release by Säkert! after self-titled album in 2007. However, that is a bit misleading, for this is really just one of several outlets for the Swedish songwriter Annika Norlin. She has another two full-length out under the moniker of Hello Saferide. Anyhow, if you liked Hafdis Huld, Benni Hemm Hemm, or Leafes you might find this a most agreeable.
To be had here:
Säkert! - Facit [320 kbps]
Posted by Antarktikos at 9:12 AM