The Yolks are a three-piece garage rock band from Chicago, if a glance at the album are of their self-titled release didn't give that away. Just like Jeffery Novak, at first I was a bit tepid in my embrace because the Yolks aren't as loud and intense as Ty Segall. However, the more I listen to them the more they remind me of the Detroit garage bands of the 90s like the Hentchmen and the Go. I don't want to make them sound slow though, they pack in plenty of excitement and thundering sounds into their songs. I've become rather fond of the first track on the self-titled, "Long Cold Lonely Night." Unsurprisingly, the b-sides for each of the 7" singles I scrounged up are remarkably solid, including an instrumental number called "Mob City Hustle" that reminds me of when the Soledad Brothers wouldn't bother singing at times. The Yolks are quite easy to get into if you give them a good enough listen. Because of all the garage I've been listening to it is being posted in a disproportionally large amount lately, but if the past is any indication I should have a change in tastes sooner or later and begin hunting other genres down.
To be had here: 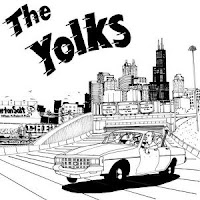 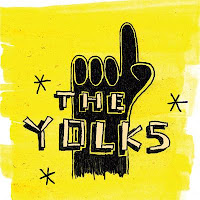 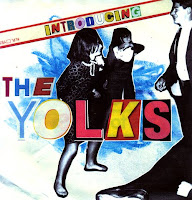