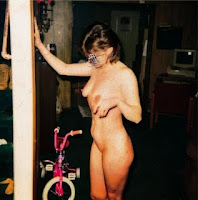 This is Ben Cook's solo project, who has been involved in several bands most prominent of which is the Bitters. I don't suspect that Young Governor will be unheard of by hands of his previous work, or contemporary work in the case of the Bitters and Fucked Up. Nonetheless, I finally got around to downloading some of it and checking it out. When I spoke to danger dog about it he had mixed feelings over the stuff he'd heard. However, I don't think it was this EP, which holds some merit in my opinion. The first track, "Weird Ground," is a solidly done rock song. The rest keeps pace as far as energy goes, and overall it holds some promised should Cook decided to focus some of his time into making a full-length under this moniker.