While being anything but tiresome Jeffery Novak has taken a clearly different route to garage rock than most of the artists I've been posted lately. He certain has made his share of spastic, noisy rock and roll in his bands, the erstwhile Rat Trap and presently Cheap Time. This is not a display of raw energy or hypnotic guitars and drums, and Novak made much more use of the piano than I expected. The songs are above all catchy, so much so one can almost imagine them in as show tunes if show tunes didn't suck most of the time. Basically, instead of being irresistible by overwhelming force, he has used guile and charming songcraft to make an album that reminds me of such mad music wizards such as Harry Nilsson and Holly Golighty at their more lighthearted moments. Another thing is that you can understand what Novak is singing and rather than confusing me with his lyrics, which is all too common for me, I find that I'd like to sing along. In addition to his fell-length After the Ball, I have included a delightful 7" single entitled Home Sweet Home. I found the b-side quite entertaining. A highly recommended album even if you're unfamiliar to Cheap Time or any of the references I made in this review.
To be had here: 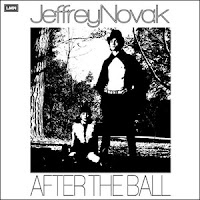 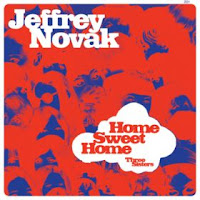