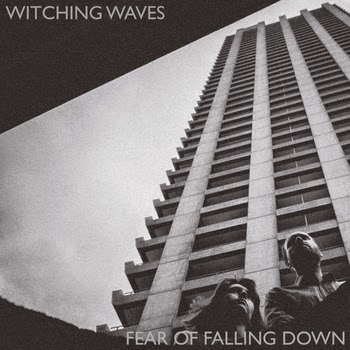 I've had this album in my library already for months, and it has embarrassingly taken me until today to get my shit together and write something about Fear of Falling Down despite having hear it a dozen times at least. It is almost as if Witching Waves are just elusive enough in their sound that I was intimidated to try to break it down. It's like this, you see, there are many elements poured into Fear of Falling Down that every song has multifaceted qualities. It certainly is a lo-fi fuzzy sound but pull subtly from 60s garage rock, DIY punk and perhaps most interestingly power pop and shoegaze at the same time. Pile on top of that they take turns singing it remarkable how unified the artistic vision this band has retain with everything going into it. It's sorta like hearing My Bloody Valentine cover the Breeders or some wild concept like that. However, I am sure there are many that'll hear just a noise pop outfit with some charming guitars and vocals. If that's all you get that should be plenty good enough, but I am pretty sure they're doing a lot more here if you give the album time to marinate in your ears. At very least be sure to hear "Better Run" as it must be among the best songs I've heard this year so far.

Also, a little while back I posted an EP from the British garage rock band H. Grimace who are on the British indie label Soft Power Records. Witiching Waves are also of this very same label and I am going to restate my admiration of what Soft Power is putting out and tell you all to check what else they've got going on.

To be had here:
Witching Waves - Fear Of Falling Down
Posted by Antarktikos at 4:35 PM