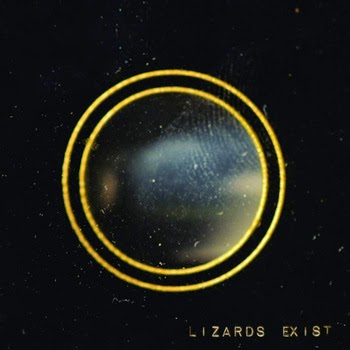 I've mentioned before, though it was appropriately been a while since, that my musical listening goes through cyclical phases. I'll be real into garage rock for example, maybe for weeks, then suddenly it'll lose its appeal and I'll be all about folk or post-rock or whatever I stumble into next. All this to eventually find my way back to listening to a bunch of garage rock. This helps and hurts writing up albums, for if the submitted material aligns with my listening preferences at the moment it is a blissful experience for all. However, if it isn't what I'm jazzed about at the time I sometimes have to sit on the album until I know I can give a fair shake. So here's an well overdue but hopefully better for it write up on the Croatian outfit, Lizard's Exist.

Lizards Exist have an identifiable era they've associated themselves with, namely the period of psychedelia that began at the very end of the 60s and blossomed in the 70s that displayed the characteristics that would create progressive rock. To explain better, I mean they're long, instrumental songs that have either improvisation or what is to appear as such done within a psychedelic style. Therefore the sound of this album is purposefully vintage, and they've executed this fantastically, particularly with the keyboard and snyth playing. Also, despite my fears that this was going to be prog rock that I found distasteful such as Yes, my enjoyment of the spacey psychedelic theme won out. I genuinely found myself riveted to my computer chair, wanting to hear where they went with these elongated tracks next. Finally, the space music aspects of Lizards Exist make me want to compare it to Cosmique and Travancore, though all three of these bands have very different approaches.

P.S. They're looking for a label for a vinyl LP.
Posted by Antarktikos at 9:07 AM