There's a neat thing I've noticed over my time writing this blog. If you write up a few bands from one city, other bands from that same city will send you in albums and EPs shortly thereafter. Well, Elvis has been on a San Diego jam lately and Larry wrote up some of Montreal scene recently. Little wonder that I found EPs from both these places in the submissions for this Grab Bag. However, I did find some other nice things in there as well. 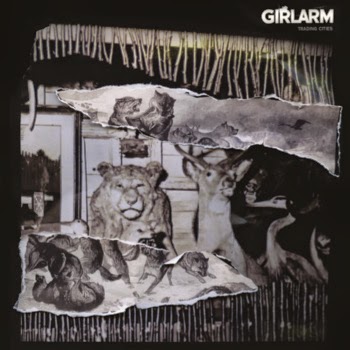 From Montreal comes the noisy rock band, Girl Arm. Fans of math rock will certainly hear the ever appealing angular guitar playing in Trading Cities. Yet there's more going on than that, chaotically more, for this band is very much into making noise. The title track is a stunning example of the ordered chaos good noise and math share. Reminds me of something between The Mae Shi and Chavez. I hope these references make sense to someone, they're starting to make me feel outdated... 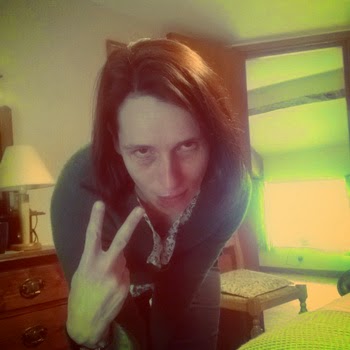 The fourth EP by Bristol's White Owl to make its way into a Grab Bag. It maintains the washed out psychedelic force that made all prior efforts so admirable, as if they're slowly building their way an LP of their time-released tunes. Come as it may, EPs or full-lengths I will always be down for listening to anything these guys are up to. Not a second of these lo-fi songs isn't captivating. I hope you've gotten a chance to hear the prior EPs, if not loop back around for sure. Also, the photo that serves as album art looks like it is straight out of the Dig! documentary Elvis had as watch and White Owl does sound a bit like Brain Jonestown Massacre to boot. 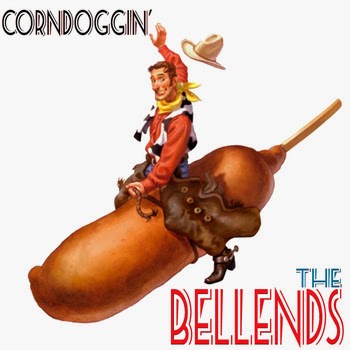 A punk rock band from lovely Bloomington, Indiana. The Bellends have struck a very good position between making thrashing, fast and fuzzy punk songs and a healthy amount of irreverence. There is a cowboy riding a corndog on the cover after all. But what I mean is that they're not making dark hardcore tunes, rather throwing in some pop hooks, a few "na -na-nas" and lyrics that make jokes of life and death. Honestly reminds me of the Mummies as I continued to listen to them, but more informed by 90s punk. An accessible and catchy EP for sure. 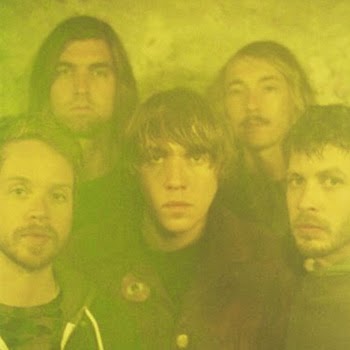 Two tracks from a Kansas City, MO outfit that's aiming for a heavily retro vibe. With a name like the Conquerors I was surprised not to find an actual 60s band with that name in all the compilations of psych and garage rock in my library. I still imagine they has to be one out there. Anyhow, these guys have done an remarkable job at approximating the sound of late 60s psych-garage without just cribbing straight from any particular band. If you liked the recently posted Italian psychedelic band the Vickers I would highly recommend checking out the Conquerors as well. 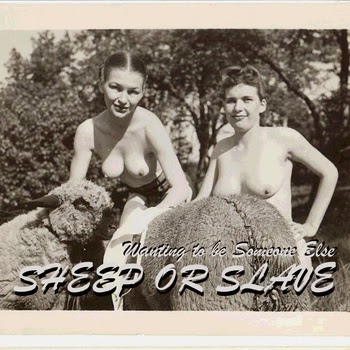 SHEEP OR SLAVE - Wanting To Be Someone Else & Everlasting Vibrations (2015) 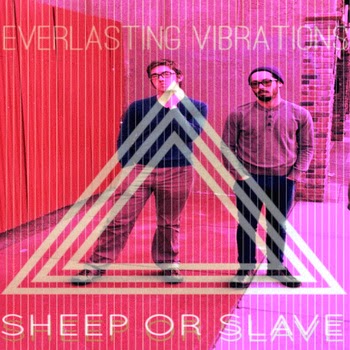 Here we have the San Diegans of SHEEP OR SLAVE released two EPs this February. So while I haven't been able to spend a ton of time listening to these EPs they've tagged as 'doom pop,' however I have already figured out that they are best heard loudly blasting through speakers or headphones. This way you'll get the most out of the contrast between the surreal, lyrically-driven pop parts the abruptly jump into intense, churning guitar and hollering (a prime example is "Piggly Wiggly" on Wanting to be Someone Else). Not just the guitar manages to get intense, as the lyrics are a bit halting at times. There's something there about raping souls. Even metaphorically that's a weird thing to think about. The entirety of both of these EPs are weird in fact. Jaunting between rhythms at irregular oscillations, disturbing words, undeniably sweet guitars and drums playing throughout. In short, they're damned interesting to hear. Some of my favorite tracks were "Match.com," "Mr. Horse" and "Call Flake."
Posted by Antarktikos at 9:03 AM