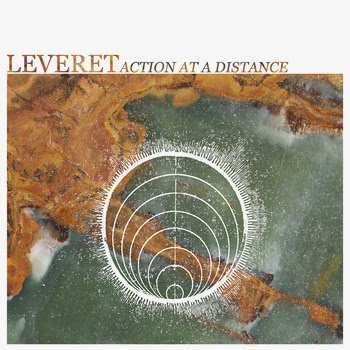 As per usual I got this album, taking note of the email that submitted it and in all good intentions hoping to get to it soon enough. Well, in what I think of as an improvement on past performance, I'm only a month late on this one. Even so I feel I have denied people the excellence that is Leveret through my roundabout methods. Too little time and too much to consider with such an hobby as writing up all the free tunes on the internet, right?


Leveret are from Portland, Maine where they apparently make some of the best electronic rock I've heard in years. These songs combine many features of bands I've long enjoyed. Most significantly the sound is what I would imagine a slowed down version of the Unicorns to be like. Just imagine how that could be played around with if you elongated the texture of the songs. Action At A Distance contains this brilliant notion, if even unintentionally, and builds upon it to make fantastic electronic rock songs with lyrics that are witty and disconcerting all at once. Add in the use of ambient sounds and electronic effects and facets to the strange indie rock you've got some absolute gold. If you can hear Leveret playing the remarkable tracks "Oscillator," "Unclothing" and "Grandfather's Axe" without feeling they're utterly destine to leave a slew of pop hits you're likely a monster. Or perhaps a realist of the meanest sort, but I'd like to live in a world where this sort of music was understood to be a fantastic form of art and to be shared widely and readily. However, there is a weirder side to Leveret. In fact the majority of the song on this album are the sort that would never be popular in a million years but are fucking one hundred percent worthwhile psychedelic-electronic songs that held me captivated thoroughly.

To be had here:
Leveret - Action At A Distance
Posted by Antarktikos at 10:36 PM