Having a few days off has allocated ample time to really dig into some recent purchases that have been sitting next to my stereo. Here are my thoughts with links to the tunes. 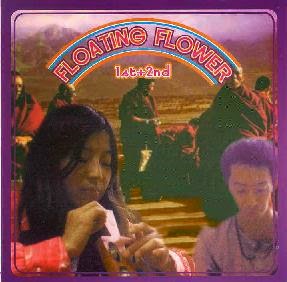 Floating Flower - 1st and 2nd (1998/2014)
One of the many records that fits into the Acid Mothers Temple orbit. First released in the late 90s on a few cdrs, the band's releases are getting a proper reissue this year. Unlike many of the other AMT projects, Kawabata Makoto takes the back seat to these psychedelic folksters that have spent more than their fair share of time in India. Those "eastern" influences due give this release a different feel form some of the heavier psychedelic rock AMT is known for. I am surprised I never heard this stuff, but now that it is being made available again, it is worth a listen for any fan of trippy folk or psychedelia. 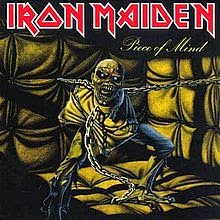 Iron Maiden - Piece of Mind (1983)
A truly indispensable metal act, but one I didn't really grasp until recently. When I was a younger lad, I had many friends into this band. They would adorn their denim jackets with images of the band's mascot and talk endlessly about how no band could touch Maiden's 80s output. Although they were often dogged by conservative groups for promoting all kinds of satanic nonsense, I found the band's songs to be on the silly side. Punk rock with its political defiance and the overt Satanism of some metal acts in the 90s seemed more "real" to my youthful soul. Years later, I got into Prog rock in a big/bad way, and went back to Maiden with refined ears. What I found was a highly competent, theatrical hard-rock act that put together great songs, even if their sound appeared dated by current metal-heads. In many ways, this helped the band reach epic status by the late 2000s, as they continued to refine their original sound without pandering to tastes of the time. Iron Maiden is still rocking hard today, and have released a number of fine records in the last few years. This specific record is probably the best introduction to the band, but any of their 80s records are well worth your time. 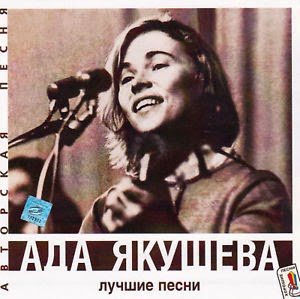 Ada Yakusheva - The Best Songs 1979-1985 (1995)
Thanks to the Last Record Store in Santa Rosa, I have acquired some odd/rare Russian cassette tapes on the cheap. I have been playing through them a bit each day, and this artist has been the standout find thus far. From what I can gather, she was a bit of hit in Russia in the 70s and 80s, singing sweat and soft folk-songs in her naive language with guitar in hand. I don't know much about Russian folk music, but I imagine her stylings were influenced by many artists crafting minimalist folk tunes in France during the 50s and 60s. Very beautiful music that even your grandmother may enjoy.

Unfortunately, she died a few years back. Since she is generally unknown here in the West, the chances of having her music reissued is quite low, but at least it can be heard digitally.

Posted by Elvis Dracula at 5:10 PM