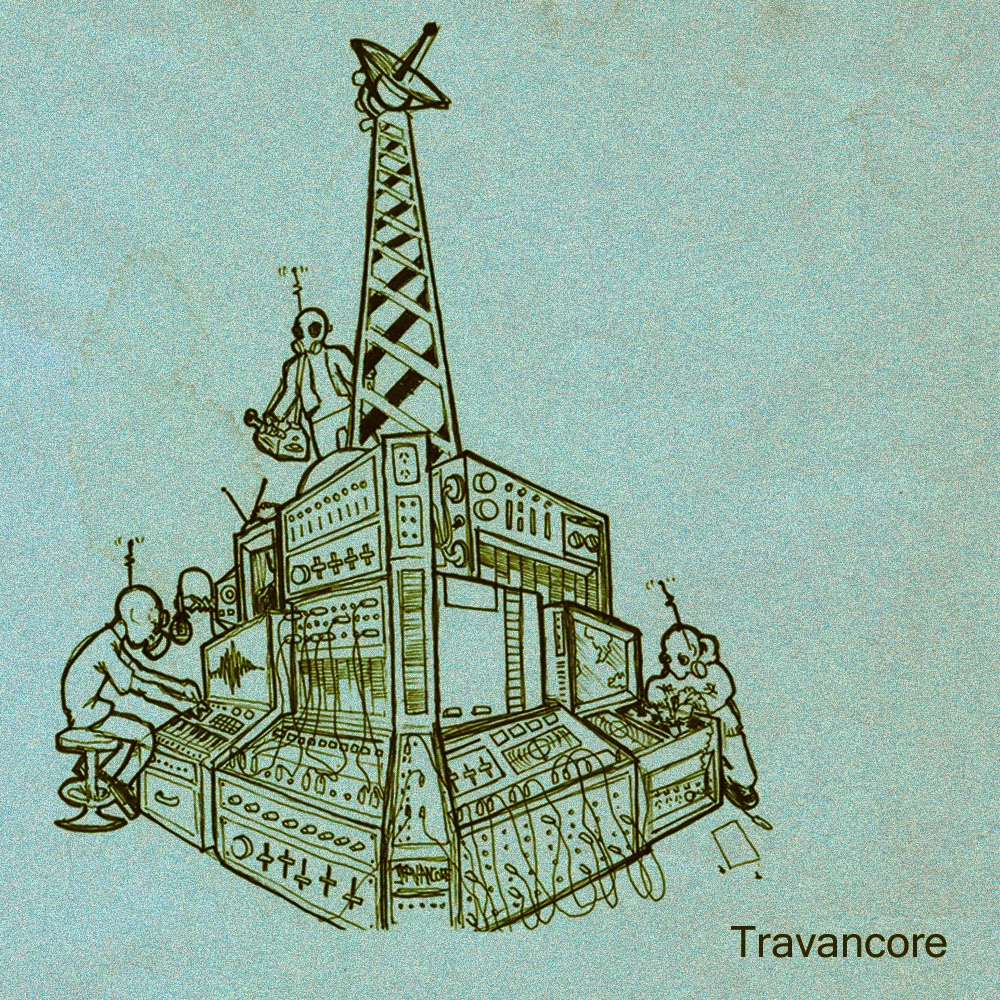 Electronic music can get pretty wild, and while I am not the sort of person who'd ever like to be a club or even a bar that would blast electronic music in the midst of flashing lights and crowds of people, I do listen to it. Perhaps it's the wrong way, but I usually consume my crazy beats over a cup of coffee in the morning, sometimes reading the news or a short story from some long dead Italian motherfucker. The more experimental the better, I want it to make sounds that make me pause, lean back and think, "Now that was neat."

Tranvancore is an outfit that has been capable of provoking this desired effect. They've tagged the album "space music" and those two words might best get at the atmosphere of the tracks (if that isn't too oxymoronic to say). I felt like I was in one of those NASA capsules floating to God-only-knows while some friendly aliens thought to beam me a radio signal. The trio that makes up this band seems to know how to bend sound, or at least create the illusion of it through a stunning array of soundscapes, effects and utilizing stereophonic recording for all its worth. To be honest, it is only for several interludes that the album reaches a pitch that is like club music. Most of it having a more artful, ambient-like but it's never truly of the sort of slow, building sort. Too much is going on for that. It bounces, pings, shimmers and even has bursts of static that are like a robot with a broken vocalizer reciting a poem (check out "Starfield South" for that). Finally, this self-titled release is being issued by Hidden Waves, a label run by one of the band members.

To be had here:
Travancore - Travancore
Posted by Antarktikos at 11:28 AM