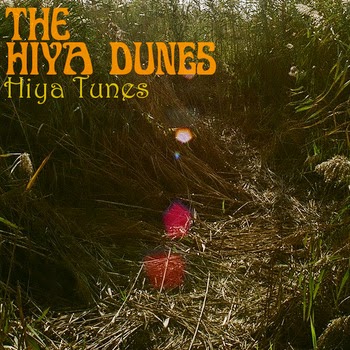 Did you know they were going to make a Beetlejuice sequel? Fuck yea son! It was going to be called Beetlejuice Goes Hawaiian, and my god, it would have been great. So great in fact, I am personally going to make it my life's goal to get the film made. Since I have a close relationship with Satan, it should be no problem. You see, he is the best agent available, and the reason most of the hacks you see on the screen get ahead in the biz. He drives a hard bargain, but as long as you don't mind being sodomized by ghouls in hell for a couple centuries, it's worth the trade-offs.

Mind you, These New Yorkers are no hacks. They might not even need to sell their souls to craft the soundtrack to the new Beetlejuice film; the songs are strong enough without Satan's power. I can see the scene now: Beetlejuice has entered a surfing contest, and the Hiya Tunes are providing the twisted soundtrack. They play to a bunch of Go-Go dancers (some alive, some dead), while Beetlejuice battles demon sharks!