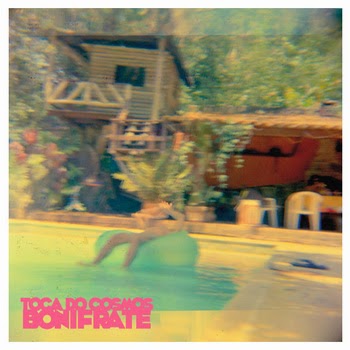 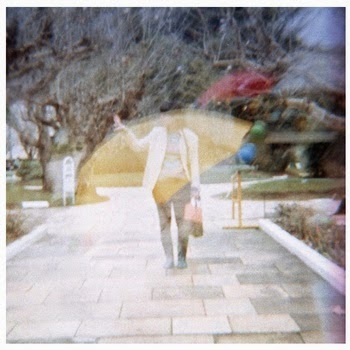 Bonifrate is a man who's music I cherish above many others. I have had a long history of listening to his songs, both as a solo artist and in the remarkable band Supercordas (I still pretend to be able to sing "Ruradélica" when I am alone). I originally met him through my a friend of a friend of a friend, then only in a digital interface I am sure he's long forgotten. He sings in Portuguese, of which I don't know a word, nonetheless he has utterly captivated me as I can't be bothered to care about lyrics in English most of the time. The most embarrassing part of this is that I haven't gone hardly a week since the release of 2011's Um Futuro Inteiro without playing a tracks from it, then I went to dropped the ball the 2013 album and a new EP? Today I make it right, pilgrims, and also it functions as a good addendum to Amazing Larry's excellent post on São Paulo, though Bonifrate is based in the Rio de Jarneiro area.

Museu de Arte Moderna is Bonifrate's full-length release from 2013 that is the immediate follow up to Um Futuro Inteiro. It's a psychedelic odyssey that pulls in a stunning variety of instrumentation and borrows from genres in neat and subtle ways. With everything that happens in the songs it is easy to feel overwhelmed at first, but continued listening is rewarded as the album seems to build up and stripe away the many layers in a very intentional fashion. In fact, tracks like "Paralaxe" and "Sabe da última?" are hard to stop listening to. Moreover, "Canção de pelúcia" is one of the more beautiful, slow final songs I've heard on an album.

Toca do Cosmos is the newest of Bonifrate's releases. The EP certainly shows an shift in style and further improved songwriting skills. "Rock da paçoca" is a wonderful duet that  "The Last Time" is is not only heavy on the keyboard, in a very good way, but the only song I ever recall hearing from Bonifrate in English. It is most righteous. Both the EP and Museu de Arte Moderna were releases through the label Balaclava Records were each of them can be purchased as well.

To be had here:
Museu de Arte Moderna
&
Toca do Cosmos EP
Posted by Antarktikos at 7:01 PM