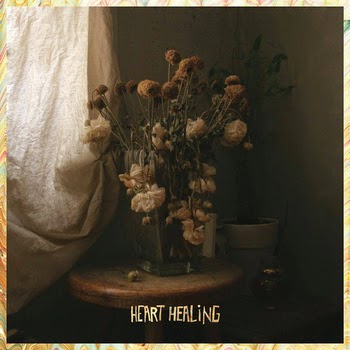 I have been looking forward to hearing more music from this French garage pop band since I heard their EP, MADDIE, from last year. And now Volage has a full-length put out by the very awesome Parisian label, Howlin' Banana Records, who've released awesome garage rock outfits, the Madcaps and Qúetzal Snåkes. Heart Healing is certainly a more ambitious effort building on the qualities of the prior EP, as the majority of the tracks being fantastically fuzzy garage pop tunes. Often sung in harmony by the multiple vocalist, filled with very catchy guitar playing and the generally upbeat tone make it possess much of the charm of British Invasion albums. Even the dreamily psychedelic style the Beatles later adopted can be heard, especially in "Love Is All." In fact there's little to be heard on the album that suggest they're French at all, not that this is a problem when the songs are good as they are. Moreover, some of the songs such as "This Ain't A Walk," "Loner" and "Paolina" demonstrate how they are very capable of playing loud, heavily distorted garage rock. Volage possesses remarkable songwriting abilities that more than overcome the well-trod territory of 60s-esque garage pop revival, allowing them to truly standout. There are several songs that in a different era could have easily been radio hits, particularly the title track "Healing Heart" and "Wait" and "Upset." The charm of these songs are undeniable and would've melted the hearts of those teenage girls that are the ultimate tastemakers if this was 1966. Still fucking great to be heard in 2014.

To be had here:
Volage - Heart Healing
Posted by Antarktikos at 8:08 AM