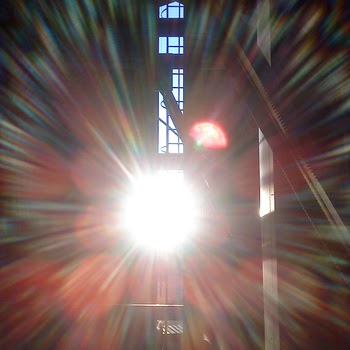 I must be in the mood for instrumental rock, for here is a second album sans vocals for your listening pleasure this week. You might've noticed the year this was released isn't as recent as the usual post, but this is not unheard of. In fact this album was sent in by the same fine Greek who sent me the belated digital release of his erstwhile band, the Moofs. After the disbanding of the Moofs there was a project with three quarters of the membership that they called the Axeman's Jazz. Very cool name, however absolutely no saxophone to be heard. Rather this eponymous release, originally a cassette that seemingly only recently resurfaced, is lo-fi psychedelic rock. The music of the Axeman's Jazz shares their psychedelic tone with the Moofs, but this project has a rather starkly different feeling. Partially from the lack of vocals and most definitely from a heavy style of playing, at times become similar to stoner rock, the album possesses a more artistic tone of seasoned musicians less concerned about making pop tunes.

The lo-fi production can be heard, possibly as a result of extracting the tracks back from a cassette if that's indeed how he went about it, so there's some charming crackling but nothing very distracting. Merely as a conjecture, perhaps the twanging and buzzing that make this album warm and trippy were enhanced by these lo-fi work arounds. Then again, I know nothing of technical workings of most any variety. What's for sure is that the songs are wonderful to lose some time and maybe even the sensation of space while listening to. So here's where to get your weekly allowance of robo-tripping in, per Amazing Larry's sage advice.