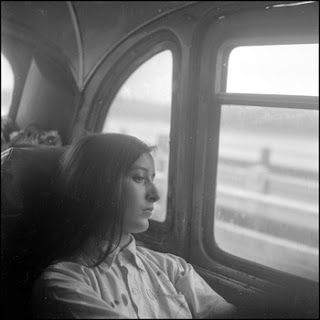 Hierofante Púrpura are a Brazilian psychedelic band, residents of Mogi Das Cruzes near to the city of São Paulo. When the sent in the album that didn't include anything more than that for biographical information. This is fine by me, as the songs they have written and selectively chosen to cover provide a wonderful psychedelic experience without need of addendums.

A Sutil Arte de Esculhambar Música Alheia, which I was able to roughly translate as "the subtle art of the oblivious music skunk" or some permutation thereof (very likely way off on that), is a collection of psychedelic originals and covers. Of the handful of covers two of them were recognizable easily as one's of the legendary Yo La Tango and the other is from a particular favorite garage rock band of mine, Boston's Mr. Airplane Man. Not sure how they thought to make the under 4 minute track, "I Don't Know Why," into a nearly 7 minute meandering, trippy soundscape, but I found it to be delightful. Furthermore, I wasn't aware of the band Againe, who they covered, but Hierofante Púrpura's version of the tune is most excellent. As for their own compositions, they varied while not straying too far from a sedated psychedelic core. For long stretches they're instrumental and when vocals to appear they're not always singing any clear words at all. The joy is in how the guitars and drums meld into an atmosphere bliss, sometimes dipping toward folk (check the song "A Camisa Vermelha Sou Eu" for a particularly fine example) or at others they veer a bit to folksy space rock of the Jackie-O Motherfucker or Eternal Tapestry variety. These South Americans are really sending in some impressive music lately, and Hierofante Púrpura isn't the least among them by far.

To be had here:
Hierofante Púrpura - A Sutil Arte de Esculhambar Música Alheia
Posted by Antarktikos at 1:12 PM