Underground River - Endless Air; the Other Side of Happenings (2011) 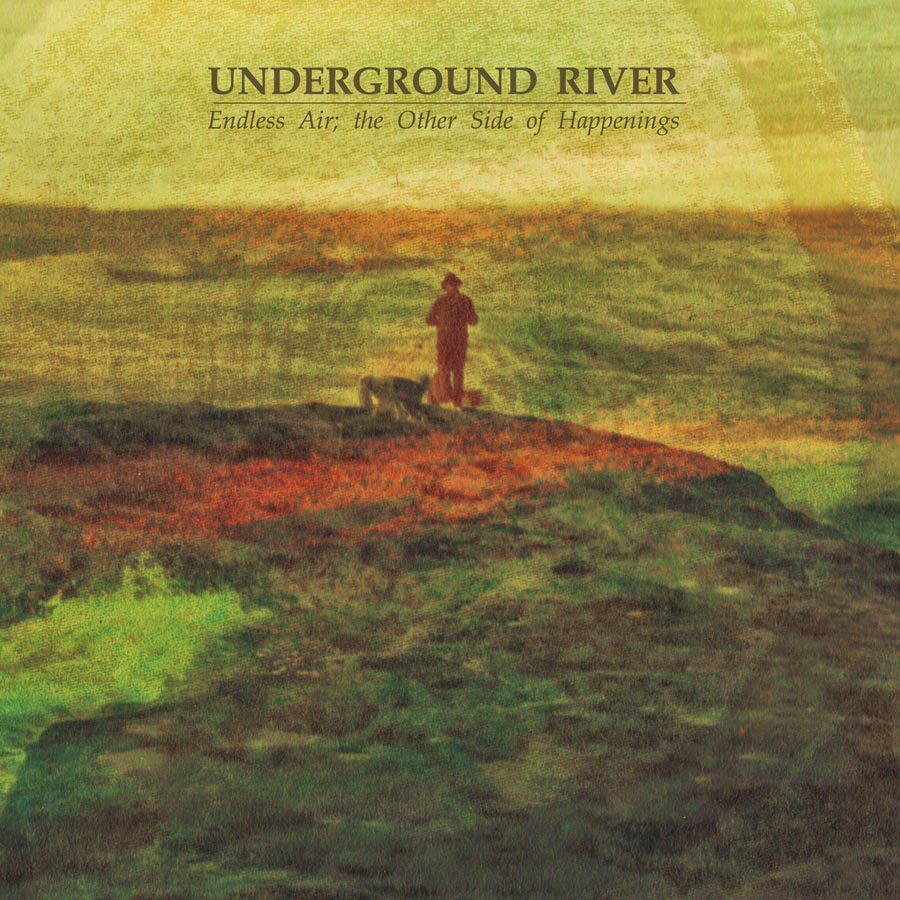 Underground River is a music project of Binghamton, NY resident Hunter Davidsohn. The songs are mostly folk with some minimal electronica thrown in for good measure. At times you might feel like you are sitting in a coffee shop, watching a friend play his earnest songs on acoustic guitar, with his weird uncle Fred in the background occasionally contributing some analog synthesizer to the mix.  I would say his influences are Bob Dylan, Danny Elfman, and The Silver Apples: an eclectic mix that yields results that are somber with whispers of futurism.

It's autumnal music with a lab coat instead of a pea coat.

In this collection of dirges, there are a couple songs where Davidsohn pushes the envelope to brilliant effect. "In The Sand" and "Golden Spinach" tap a vein unique not just to this record but to psychedelic music in general. This is mostly due to the strange digital effects incorporated into each: the former a tightly looped cymbal crash that cuts through the mix like a swarm of mechanical locusts, and the latter a looped bass and drum beat that sounds akin to the dissonant drones of Spacerockmountain favorite, The Dictaphone.

I insist you at least check out those two songs before moving along with your day. However, the impact of they carry is strengthened by the contrasting tone of the rest of Endless Air; the Other Side of Happenings, so my advice? Just listen to the entire record.

Underground River - Endless Air; the Other Side of Happenings

Posted by Amazing Larry at 6:12 PM