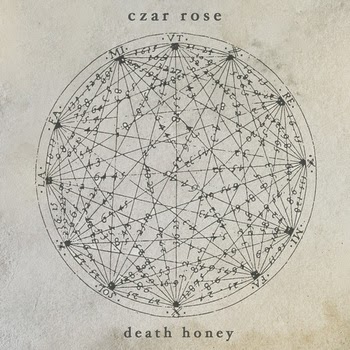 Trip hop is a genre that emerged out of Bristol's graffiti and breakdance scene in the early 1990s. Many credit a group called The Wild Bunch, which was a conglomerate of DJs and vocalists, with creating the genre, which would peak in it's popularity thanks to one of The Wild Bunch's original contributors, a sinister alien-voiced rapper by the name of Tricky. Other notable members of the group include all 3 original members of Massive Attack (probably most well known in the States for writing the song used in the opening credits of House), and Nellee Hooper, a former member of of one hit wonder RnB group Soul II Soul and current big time producer who has worked with the likes of U2 and Madonna.

While Tricky and Massive Attack still make records (and are reportedly collaborating on an upcoming release), it's not everyday you come across new contributors to the genre of trip hop, which seems to almost not exist anymore. But if there's one city in the United States that resembles the cold, grey, economically struggling city that was Bristol in the early 1990s, it's .... Los Angeles?

Czar Rose, a duo that hails from the sunny city of angels, harnesses the sound of Mezzanine-era Massive Attack pretty damn well. Slick hip hop beats slowed from 120 to 80 BPM, marauding baselines with lush arrangements over top, this is music for rainy, city nights. They manage to put their own swing on the sound, adding occasional guitar to the mix and, at least on the last song and album namesake "Death Honey", a mega-compressed beat reminiscent of another LA-based artist of recent repute, Flying Lotus.

Overall the vocal delivery feels slightly derivative of Robert Del Naja's airy, cigarette-scorched voice. Also in the last song, the vocalist (can't tell if it's a different vocalist or the same with a voice-deepening effect) sounds incredibly similar to the foreboding croon of other Massive Attack vocalist, Daddy G. Can I hold this against Czar Rose? Fuck no. Massive Attack were a favorite band of mine for years and to head sic a true-to-form contribution nearly 20 years later, it's a valid homage (even if they didn't mean it to be).

I applaud Czar Rose for this solid contribution to a genre that's ripe for return.