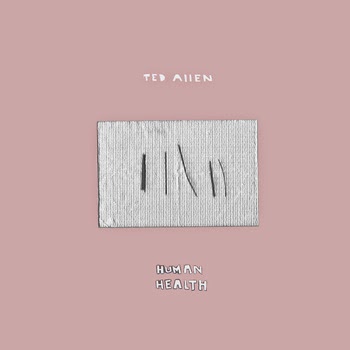 Ted Allen is a solo project by a guy out in Richmond, VA whose name is neither Ted nor Allen, but Ben. Influences on Human Health, a record that's been a few years in the making, are varied and shattered, so pinning down certain bands or genres for comparison is akin to sewing  together a flag from a pile of rags. If you held a gun to my head, I'd call it melancholic bedroom psych-pop with a propensity for unsettling quirks.

Listen to the first 4 tracks and you'll think you have an understanding of where the rest of Human Health is going. It's introspective and psychedelic; autumnal and mellow. Then the track "Rented Library Books" comes on, and you find yourself listening to montage music straight out of a David The Gnome cartoon. But even here, or, most evidently here, is that destabilizing aspect to the songs of Ted Allen. Even in this whimsical interlude, where you can almost see Maya The Bee traipsing through the undergrowth... a foreboding rumble slides it's way over the synthesized oboe and bells, smothering them quickly into silence.. reminding us that every moment of happiness is ultimately tainted by the realization that it can't last forever.

And therein lies another repeated theme of Human Health. You'll hear something during the record and think, "Oh wow this is cool" and then it will end before it's had a chance to flourish. From the killer organ in the final moments of "Lors du Mariage, il S'ennuyait" to the expertly Neu!-esque vibe in the beginning moments of "Espression/Texts", my ears were bent and my interest piqued, but then the moments ended abruptly.

A little disappointing at first, but my initial naivety was quickly tempered as the give and take of the music lured me in. And there is much that delivers in these 10 songs, the final three being the strongest, the last of which is a beautiful and haunting piece called "Sontag". A perfect end to this record.

Fleeting but inviting, ghostly but warm, Ted Allen's Human Health is a work of ambition and obvious talent, both in song writing and production ... a soundtrack for that moment immediately after you wake up, grasping at fragments of some beautiful dream you can't quite remember.

Posted by Amazing Larry at 5:08 PM