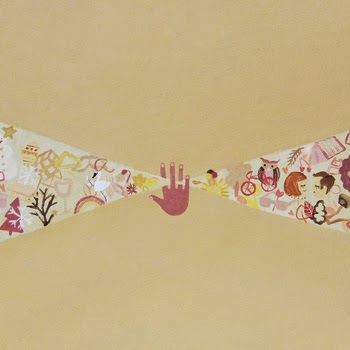 We have been getting a lot of pretty, mostly instrumental post-rock as of late, and this release from Deep Elm Records is just another jewel to be added to that crown. This Swedish band is well served by the professional, polished recording used to create this set of songs, with the lush harmonics melding well with the ethereal "vocals" presented by Kim Ruiz. The few times she actually delivers actual words, I was pleased to see them in her native Swedish. On Dandelion, she sings "Maskros. Jag finns kvar. Mjuk bris. När du far. Jag ligger i mylla. Jag finner dig en dag" which translates to "Dandelion. I'm still here. A soft breeze. When you leave. I'll crawl through soil. I'll find you one day." Clearly, the band has been influenced by bands like Sigur Ros and the various groups they left in their wake, but when you are putting together songs this well, who cares who came before you. Nuet stands on its own merits.

Even better, this is a free download and one that will sit well as the soundtrack to the theoretical film about your life.

Posted by Elvis Dracula at 4:13 PM