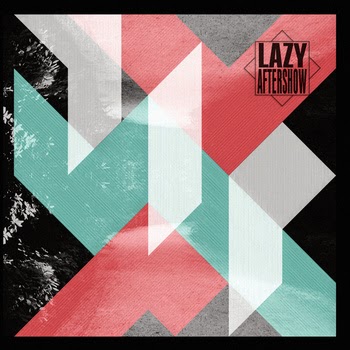 I work at bookstore in Detroit, as some of you may know already, but it really isn't all the important for the specifics of my job. Just know that I work retail so I see the public. Most of the time I keep my work stuff and this music blog well separated but I found the coincidence interesting enough to share. I was ringing out a series of customers and eventually got to young man and we chatted for a minute about why our store is closed on Sundays, which is because anyone who has ever been in downtown Detroit on a Sunday knows, it is fucking devoid of people. Anyhow, he expressed longing for his home city of Thessaloniki, Greece that crossed half the world from in his life. Feeling sorry and touched by his homesickness I told him I had a band from Thessaloniki awaiting a write-up this music blog and gave him the URL. So Greek dude, this is the Lazy Aftershow, straight from your hometown and a remarkable export of Greek music.


As I have implied, I very much enjoyed this album. It is an instrumental group that plays something between psychedelic and krautrock. The tracks are lengthier ones that allows for the evolution of sounds that is so integral to both these genres, and does provide the album with a post-rock sort of building quality. Tracks like "So We Joke About Death" and "No Mountain No Hope" have some heavier parts that make me recall that fantastic Austrian musician, Kanoi. Yet other songs like "Slap Happy Sun" are more upbeat and trippy with the use of organ. A competently done album that hits all the spots I want, and not in a routine manner. They also put of an EP last year that is still available for free called Siesta Moments. Totally check it out if you you've liked all the other Greek tunes I've been writing up, or should just wanna zone out to some psychedelia.