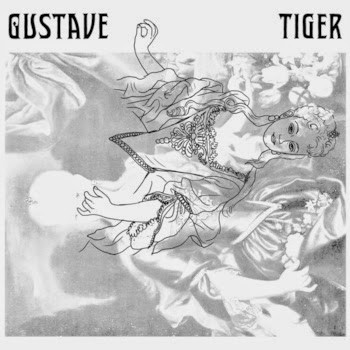 A submission from Hungary that followed close on the heels on my latest write up of Budapest's Piresian Beach. This group bears some resemblance musically to her releases, but with a wider variety of stylistic influences. Power pop, math rock and psychedelic are all swirled into this album that I think might be best called noise pop. One of the strongest assets of At The Idyll's End is the diversity of styles that creates tracks that are different enough from one another that rewards re-listening. The singing alternates between different vocalists through the course of the album, and if you pay attention to the guitar work it is noticeable how much range it covers throughout as well. I found the dreamy track "Spes Deorum" particularly alluring, along with the horn flourishes at the end of "Gourgandine Simaitha" and very math rock tune, "Imperial Bride." While the lyrics aren't easily understood in the song (as it ought to be), they make for a good read on the bandcamp page, and the last track is in their own Hungarian. Finally, they put out a very solid EP called Mitanni Mares last year that is worth checking out as well.

To be had here:
Gustave Tiger - At The Idyll's End
Posted by Antarktikos at 12:19 PM