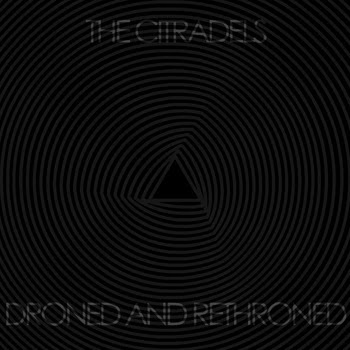 Following up on what I said in the Grand Rapids post, I looking into other bands on Melbourne's Psych Ward label and it seems they're got a small but fantastic roster. The Citradels are the other band that they're promoting now and even since the release of 2013's Our Lord's Secret Service the band has put out another full-length, Drone and Rethroned, although it doesn't appear to be via Psych Ward. Nevertheless, I liked them both well enough that instead of deciding which to write up in some possibly chronological confusing manner I thought I would just cover both. How's that suit you? Good? Fine. 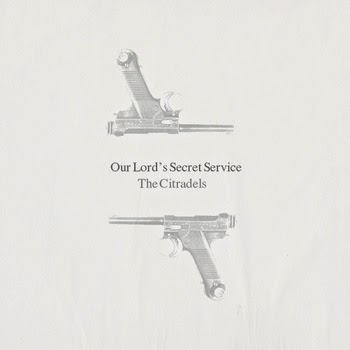 The Citradels influences are quite easily identifiable even if they didn't literally tag their releases with Velvet Underground and Jesus & Mary Chain on their bandcamp page. And there really isn't a point is brining in more examples of what they're akin to as those suckers are two of my go-to references that I think most all of the readership should know well. Yet as they say the devil in the details, so I'll try to enlighten everyone a bit better. Earliest release first I suppose, Our Lord's Secret Service is full of experimentalism a healthy degree of anti-pop. However, it's not a clone or knock off, although I'd consider it a loving reference to VU throughout, especially the earlier John Cale co-written songs. What's most noticeable is the use of psychedelic droning to warp that sound into a lovely contrition. The late 1960s is a dunked into a bucket of noisy wall-of-sound. Now, Droned and Rethroned as the name suggests is even heavier on the droning. It is basically a collection washed out, dream-state inducing epic tracks that have identifiably Indian music swirled in. To sum it up, they are both fucking excellent records and I've been throughly impressed by what I have found coming out of Melbourne. Always knew they were up to something down there I was missing out on.