I don't know why I came into work today ...I should be eating meat and drinking beer in honor of those who have served this crazy nation. Though I don't know how anyone can eat meat after hearing about what happened in Miami this weekend. And while I can't imagine what would be going through my head if a naked man was eating my face, I can imagine the soundtrack to such a scene sounding like U.S. Maple's Long Hair In Three Stages. 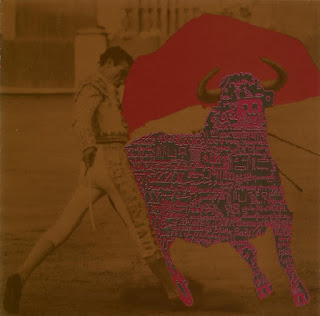 This is a band that no one sounded like before and no one will sound like ever again. They formed with the express intention to deconstruct rock music. All the key elements are still there; melody, harmony, rhythm. But there isn't any chorus you can sing along to, as vocalist Al Johnson wheezes and coos unintelligible lyrics. Years ago, my brother likened his singing style to cartoon character Snagglepuss talking with his tongue cut out... and I still think that's pretty spot on. There are no major or minor chords in the guitars ...they squeal, meander and buzz in a drunken and mechanized, insectile anger. The rhythm section is probably the most conventional element to the band, keeping the insanity of the guitars and vocals grounded into something discernible as rock music.

If you're at all into dissonant bands like Brainiac or The Jesus Lizard, you might like this. Not for everyone's tastes but worth a listen if you want to hear something new and strange.

Produced by Jim O'Rourke, who has produced records by Sonic Youth, Smog, and Wilco... among many other greats.