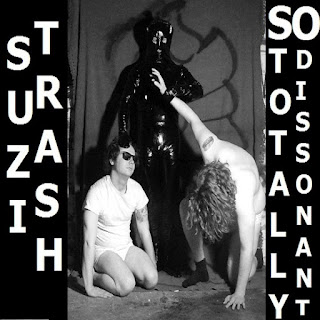 In 1994, Green Day opened the flood gates of what, for years, would be a rebirth for the punk genre (via MTV) with a resulting commodification of the culture. Soon the hallways of my high school were showing symptoms of this: peers were absorbing the trends of wallet chains, Manic Panic-dyed hair, and mall-bought "punk" clothing. Sitting atop my high horse, I became incensed. Just two years prior, I was seeing my first Ramones show, where my naive attempts at starting a mosh pit ended as the beer muscles of an angry old punk tossed me aside like a crumpled tissue. Now cheerleaders were wearing Offspring patches on their backpacks? Fuck them! They weren't getting thrown around by drunks... well, maybe they were... but probably not.

The only way I could cope was to change the channel... and so I swore off punk rock. Nearly 20 years later, though, I'm absolutely smitten with punk bands that I really should have paid more attention to. The Buzzcocks, The Peechees, The Wipers, and more recently, Jay Reatard, have all proven to me that punk rock wasn't, and still isn't, about all that "Dookie" from the 1990's. (...)

Here's a great release from a Missouri-by-way-of-Arkansas punk band, Suzi Trash. This is fun, beer swilling music that isn't afraid to throw some accordion, organ, and trumpet into the mix. Elements of the South are threaded throughout their sound, more than once displaying blues and rockabilly influences. They're not a Christian punk band, though some songs include religious imagery, if only to display the point of view of a conflicted man growing up in the small Christian cities of Arkansas. The first few minutes of "Fresh Cloud of Black Magic" is played out like a church hymnal before the walls collapse and it turns into a shredding punk tune. The song "Arkansas" asks the question "Glory glory, hallelujah, Tell me tell me what's that to ya?" while the rest of the song is a good-bye and fuck you letter to the state. The record is actually very personal with lyrics describing a hungover and depressed existence while conflicts between love, family, faith and guilt all play their role. But still, the music that results from that negativity is a lot of fun.

I hope Suzi Trash have found a better home in Missouri, because they are making seriously raucous cowpunk ala The Gun Club that stretches to include shades of both The Cramps and The Moistboyz ...even early Sub Pop grunge-punk band, Swallow. But at their core, Suzi Trash is a band doing what they can to have good times in the face of stifling boredom.

I used to be a punk rock heathen, but Suzi Trash have a believer in me.

Could easily be released on Goner, In The Red, or Burger Records. If you like punk, or garage, or whatever... give these guys a listen.

Posted by Amazing Larry at 3:43 AM