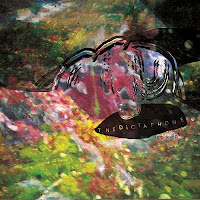 Another release from what is proving itself to be a spectacular label Cocktail Pueblo. Outta Tours, France they've been sending me lo-fi albums including Jagwar Pirates and Tachycardie. The Dictaphone only enhances that rather righteous roster. Let's Not has many different elements and styles in featured so it makes it quite difficult to describe precisely (not that most anything musical is easy to explain). Doing my best to summerize what we've got here would be a lo-fi buffet: post-punk, garage rock, noise, and electronic. Because of the varying kind of songs I'd say this is definitely one of those albums that are best enjoyed by listening straight from beginning to end. Pretty sure you'll find it a rewarding experience.
To be had here:
The Dictaphone - Let's Not [320 kbps]
Posted by Antarktikos at 3:06 PM