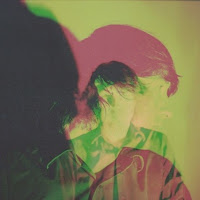 I've been eagerly looking forward to this album since Mikal Cronin mentioned that it was coming out when we had our happenstance meeting here in Detroit. Cronin has been on this blog several times with Moonhearts and Ty Segall, both in his band and the EPs the produced together. Most of those releases were noisy garage rock with surf influence to some degree. This solo album isn't that far away from the origins, but it is a psychedelic album instead of garage rock. It isn't hard to tell the album is a fantastic listen, right from the first track I was hooked. Acoustic guitar is more heavily featured and piano and organ make some neat appearances. The songs aren't always fast and wild but are very well composed. The whole thing seems like a reflection on psychedelic rock that undoubtedly informed a large part of Cronin's inspiration. It is really good and fans should not be turned off my the mild shift in style; it is still has all that lo-fi magic. Special thanks to Jack from The Roaches from sending me a link to this album, it was a great help to me in my semi-internetless living conditions.
To be had here:
Mikal Cronin - Mikal Cronin [320 kbps]
Posted by Antarktikos at 1:29 PM