So many submissions are coming it is a real task to keep on top of it all. On one hand it is good to see so much music coming my way from eager artists, but on the other it is a time consuming job to listen to it all and give them their due attention. Doing my best and not trying to breeze past anyone hard-made songs, these are the EPs that've been filling my inbox lately, and for warning it is largely experimental stuff, odd how the music submissions sometimes categorize neatly.
To be had here:

This is an eccentric experimental EP with a neat name, and accompanying track titles that go for a space-aged theme. It is acoustic sounds and noises largely, along with a recording of Danny DeVito joking around. Strange and interesting.

Another space-named release and our only returning artists of this grab bag. These are epic long tracks, enough to get lost in sonic stupor. Some really great electronically-driven psychedelic drone. I'll have to look into if drone comes non-psychedelic....

More drone! I wasn't lying when I said these all came in at once, like someone sent out a memo on the experimental music email server. These noisemakers are from Dallas, Texas make real lengthy tracks as well but aren't as electronic. Pounding drums, eerie keys and whoo-ing sound. All and all sorta haunting and beautiful all at once.

Space, drone, electronics, we are getting the deal here, right? This is another heavy electronic, and like the others instrumental, EP. Long songs that if you liked the Electric Nature for, you'll also enjoy this. It is however the only one that isn't free, but it's streamable of course. 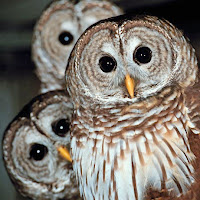 oldwyoming. - When Debord Met Salinger On The Slowly Lapping Shores Of The Aasee Lake (2011) [320 kbps]

So this isn't the album art, but I didn't get any sent to me. So I've taken the liberty and picked this cute owl photo I had laying around. As for the music, this is a three song EP of experimental ambient from dude that like to make music while smoking and drinking coffee. Also from Dallas oddly enough.
Posted by Antarktikos at 3:50 PM