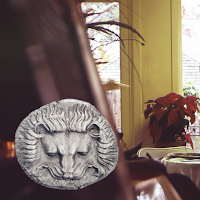 This is an EP from the overabundance that I have been sent since making my e-mail address known. I won't lie, I don't get around to listening to most of them, but this was a short one and I was feeling lucky. Indeed it was worth my while, a good noisy EP is never something to dismiss too quickly. In the brief four songs found on this EP, Tropical Pills made me think of them as between Le Shok and Erase Errata (not the vocals though). Certainly a good beginning for these Chicago-based musicians, but it isn't as honed a sound as they guys could be given some time. Lucky for us I've been told another one is in production right now, so hopefully that'll be coming soon.
To be had here:
Tropical Pills - Wind Seconds [160 kbps]
Posted by Antarktikos at 5:49 PM