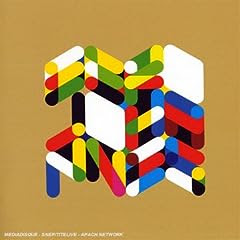 This is something I meant to post a while ago but simply forgot as life happened. Despite the time between my original listen and today I still find this a rather enjoyable album and see fit to share it even if I am late in doing so. Especially I feel drawn to do so because of my recent attention to Finnish music, as Eero Johannes is a Finn. Very much like my mentioned mystification by Icelandic names, Eero is perhaps one of the best names I've ever heard. Names aside, as they don't effect the quality of the music anyhow, this album is electronic but until Shogun Kunitoki it is far funkier yet still gamewave infused. Has a impression of art school being applied to the dance floor in the best possible fashion. I wonder if anyone who reads this blog has ever played Space Quest 6 because of the beginning where Roger Wilco visits the night club is what this album reminds me of. Sadly, that is as far as I got in the game as my copy was shit and crashed after that forever scarring my mind with unfinished business. Additionally, I found out that there is a name for Nordic electronic music that in influenced by funk, r&b and soul. It is called skweee, which doesn't even look like a real word. Stay tuned for more good shit in the near future as I am back on the lame side of metro Detroit and will have shit tons of time for music listening.

P.S. I read some requests that I re-upload the Super Roots albums from a post I did a while ago. I saw no reason not to do so. Therefore all the links are again functioning thanks to mediafire shaping up and allowing files over 100 MB. Please do savor it fondly.
Posted by Antarktikos at 1:08 AM