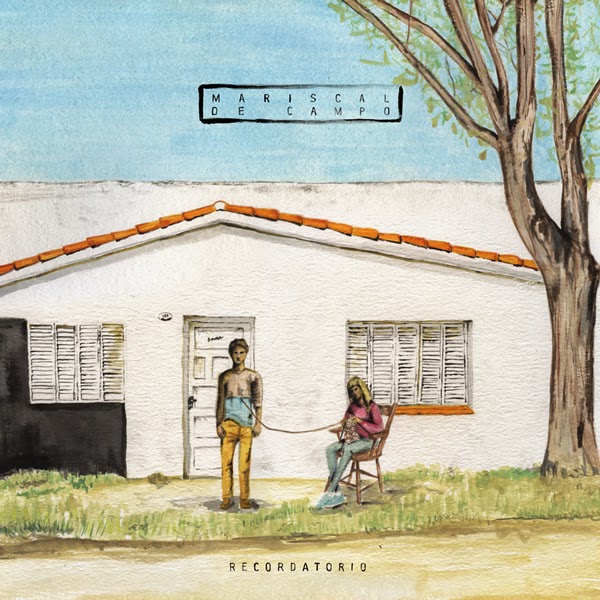 When Larry started the Scenes of a City series I hadn't a clue it would become so popular. They've generated it more attention and responses than most anything else we've ever done and for that we're thankful and bashfully proud. Yet in the course of searching around for the music from a particular city sometimes there'll be various other threads that appear which are insufficiently related to the post we'll be writing to be included but are simply begging to be pulled. Mariscal De Campo is a band I found in this backwards route, via stumbling upon the Argentine label Fuego Amigo Discos.

So the whole website is in Spanish, but what can be sussed out despite the language barrier is that Fuego Amigo Discos is an independent label that at least sometimes gives albums away on their site. Recordatorio by Mariscal De Campo is just such an album. Only other thing I could figure out from the site is that this band is from the coastal town of Punta Alta. So everything hereafter is mere conjecture, or in other words business as usual. The simplest way to explain Mariscal De Campo is that they make snythpop. However, this fails to fully elucidate the interesting interplay between dreamy and dancey sounds they've brilliant incorporated. The songs "Dejame" and "Escapada" show off their more new wave-tinged dance rock capabilities excellently, with "Otra Canción" and "Eso Que Ni Pensamos" show more dreamy snyth playing. All wonderful, and there are tunes like "La Comodidad" where all bets are off and it certainly a new wave hit. A live set by this band could be amazing. Surely gonna have to see what else Fuego Amigo Discos has to offer after this.

To be had here:
Mariscal De Campo - Recordatorio
Posted by Antarktikos at 1:54 PM