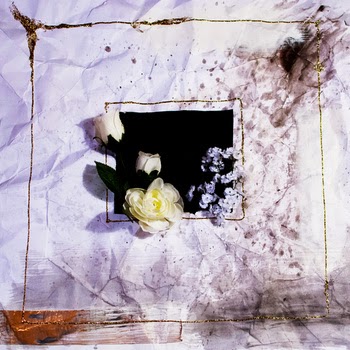 Gazer are from Cincinnati, Ohio. A city that stands out in my mind for two reasons. Firstly, I went to see the Tallest Man on Earth in Newport, Kentucky in a venue that's built in house of the inventor of the Tommy Gun. Upon drunkenly crossing the pedestrian bridge over the Ohio River from Cincinnati to Newport to find out cigarettes were like $3 was rather epic. Secondly, when crossing the same river in a car as a kid I witness a crashed minivan all wrecked to fuck on the vehicular bridge going south to Nashville and on the way back a week later.  Different minivans, what are the odds? Now I get to add Gazer to these stark experiences.

When done well I can really get into post-hardcore. Gazer does it very well in my book. They're loud, lo-fi and brash sounding. As it should be, no? At least for this variety of intense punk rock, absolutely. The tracks are  mostly short, markedly fast and full of screeching, pounding and hollering vocals drenched in DIY recording fuzz. It is the kind of music to stomp around to, maybe getting a black eye or jammed thumb in the sweaty mosh pit. I'll be standing aside though, as I am already too old for that shit. Yet I'll smell that angst and intensity, enjoying it entirely. Fake Bulbs/Phone Commercial is a double release with each side of the 12" vinyl bearing one of these two EPs. They're on separate pages on bandcamp, but I trust you'll navigate that just fine.

To be had here:
Fake Bulbs & Phone Commercial
Posted by Antarktikos at 1:06 PM