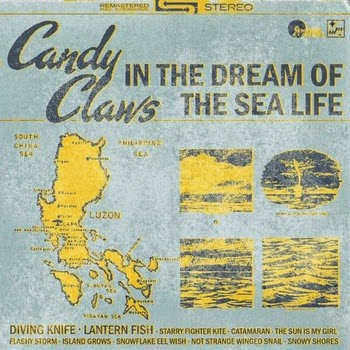 Another release I had to shamble about on the p2p for. Correspondingly, I discovered them to in the same fashion of kicking around on the internet for similar artists to those I've been recently enjoying. Immediately on the first listen I was liking what I heard. The instant gratifaction of the album is due to it not being a drone album, which is a genre best reheard and heard again to digest in my opinion, but having a more shoegaze-style infusion of more slightly more understandable vocals. Overall, there is more of a pop feel, but it is really well done. Very much experimental rock yet I can't think of a good comparison due to my mind's rotting away as I continue my higher education, at least insomuch that I can't remember all my nerdy music, Star Wars, and Marvel Comics knowledge. Just hit up last.fm for similar artists this time I suppose, I am no fountainhead.

To be had here:
Candy Claws - In the Dream of the Sea Life
Posted by Antarktikos at 9:05 AM