A heavy, lo-fi and strange Grab Bag today. Mixture of American and European bands, a few of them previously featured and others are new outfits to keep on eye on. Just the beginning of an absolute deluge of submitted material I came back to after taking even a few days off from writing this blog. Man can't work on labor day after all, not a good socialist like me, nor the couple of days after seemingly. 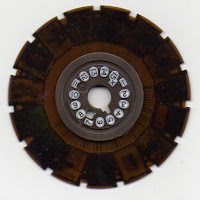 The return of the Texan who records as Cavedwelller. Last I wrote this guy up was when they had a couple of EPs out in 2012, but I am glad he thought to send me this latest effort. The main tone, that of a laid-back psychedelic sound, is consitent with what I was familiar with from him. However, this time I get a much more punchy, indie pop feeling, something like Apples in Stereo with much more garage rock influence. Beautiful EP anyway you wanna describe it. 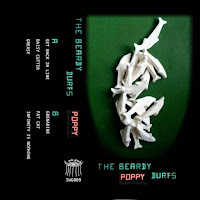 First band I've written up from Copenhagen in many years (I should look into rectifying this). The Beardy Duffs are a fine band to break this terrible streak with however. Their songs are eclectic, but all veering toward the unconventional. The first track "Get Back in Line" is a real gem, selling me on the band straightaway. The rest of Poppy does a fair enough job at maintaining the weird noise rock thereafter, especially with the bizarre and charming "Fat Cat." There'll be more to come, as this is purported to be the first of a three EP series. 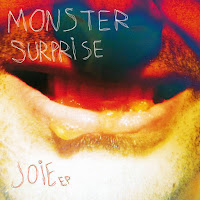 The freaky French outfit Monster Surprise has a new two track EP, again from the Parisian label/blog, With A Messy Head. Keeps the weird psychedelic tone that's been the theme of this Grab Bag so far as well as what I was prepared for from Monster Surprise. Yet I wasn't expecting to be so enamored with these two short songs. Both of these tracks are out there and in markedly different ways. "Manège"is very brief and jaunty, while "Le Sens Contraire Des Aiguilles Du Monstre" is rather ethereal and experimental. Fine work all the way around. 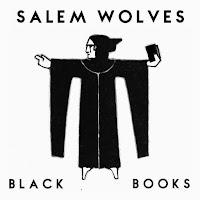 Unadulterated garage rock from Salem, Massachusetts. The album art and lyrics are referential of their town's puritanical/occult history but musically they remind me a great deal of Midwestern garage rock bands. This is no slight, for Midwestern lo-fi rock is by bread and butter music and what I spent much my adolescence and adulthood listening to. The outright catchiest songs are probably "Rumblr" and "There Be Wytches," though my ears always perk when I hear a lyric about a 'Southern Michigan town' in "Black Books." 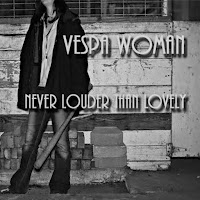 Speaking of Midwestern garage rock, here is some of the genuine product. Wisconsin-based Vespa Woman makes some righteous guitar-driven rock ('alternative' as some may say, but that term means nothing to me). As it leans toward the punk end of the garage spectrum as far my ears go, and does a good job a laying everything on delightfully heavy. A compelling debut EP, and I hope I get to hear more of them as they hone their sound further.
Posted by Antarktikos at 8:46 PM