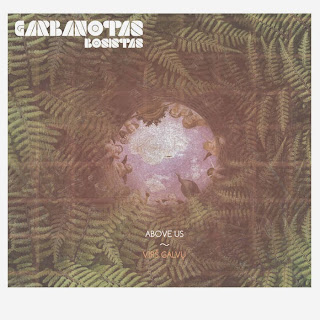 I'm a geography nerd if you can imagine such a thing exists. Anyone who spends an inordinate time studying any map placed before them would know what I mean. There is an allure to filling in all the unknown parts with increasing detail. Imagining the explorers and cartographers that lead the way for what would become the extremely mixed 'blessing' of European hegemony across Earth. Just like shooting an enemy in video game to access the next level, you know it mightn't have been any good to explore that area for all the casualties, but it's a thrilling proposition in the abstract nonetheless. Though my ancestors doubtless engaged in this actual geographic expansion, the closest thing I get is it is filling in my knowledge of a far flung musical scene I had little opportunity to be exposed to.

The Baltic States are largely a musical mystery to me.  While we've written up Lithuanian bands before, it's far from a common occurrence. My recollection can only summon memories of the metal band Spirale and Amazing Larry's second Scenes of a City post on the capital city, Vilnius. This left me very curious and eager when I saw that the Lithuanian band, Garbanotas Bosistas, had sent us an album to hear.

Now that I've made such a deal in my meandering typing above about this band being from the Baltic States, there's little reason anyone listening to it would necessarily assume this. Excepting, of course, a familiarity with the Lithuanian language, which some of the songs are sung in. Better yet, they switch between languages in the same song, creating a profoundly worldly strangeness. At they're core Garbanotas Bosistas are a neo-psychedelic outfit with the noticeable influence of prog and krautrock. The songs are unique and very different from what I'd expected going in, even different from what I'd thought I'd hear from psychedelic rock in general but still befitting the term.