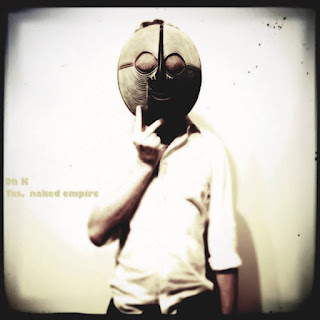 Long have I been a fan of bedroom pop, weird folk and other manner of eccentric songwriters. They send in music from all over the place, all different and strange in their own ways. It can't help but have a personal imprint, not requiring more than an inspired individual with a guitar, computer and whatever other instruments one has around to begin recording.

Yet nothing exists in a void and the human mind is programmed to seek patterns. Other than the clear debt to prior singer-songwriters and the internet being able to spread music that would likely have been limited to homemade cassettes passed out to friends, there's a changing aesthetic all this access to technology and music sharing has created.  The ease of adding effects and layering techniques has made psychedelic and spacey sounds near ubiquitous. However, it's not deployed with universal skill, but luckily the selections I'm sent tend to show exceptional well.

Enter Oh K, a Perth resident whose own description of his music is "Screwed up folk laptop tape machine lo-fi acoustic-y echo-y bottle top buzzsaw magpie dreams." I couldn't improve upon that if I wanted to. Yes, Naked Empire is a short album but Oh K manages to fit a lot in without overcomplicating the songs. At there core the tracks are acoustic guitar and soft singing, going to show the additional life a bedroom engineer is capable breathing into songs. The briefness of the album is something of an asset, it makes re-listening easy and prevents any of the many small lovely things tucked into the songs from being overlooked.