So here is a really mixed selection of EPs, some in genres I have not so much experience in and others basically what many could have come to expect from me. They say it is good to try to new things, I am not so sure, but seeing as I did it already for you and these ones I could get down with in some way you may as well take my word for them. 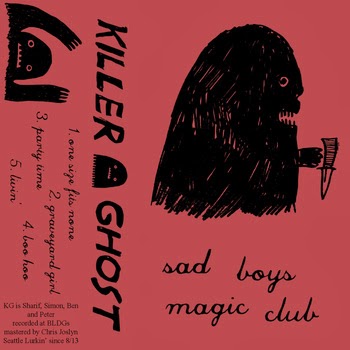 A new EP from the fantastic Seattle band Killer Ghost! If you recall when I posted a group of their EPs, this band features musicians I've been down with for a while, as some where in the Fun Guns. Both of these bands are among the most played on my iPod, especially if I have the misfortune to be trapped in a car. To simply explain why I like their lo-fi rock and roll so much would be like trying to explain a taco to a weirdo that never ate one. They're are so many parts one can point out, but the real gist is that they are just the fucking best. 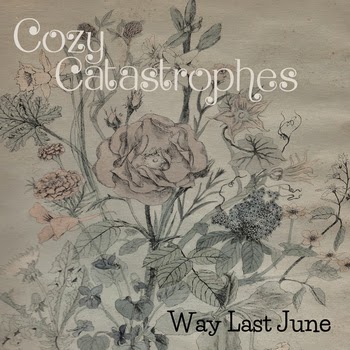 Cozy Catastrophes are an group from Indiana that've got an EP released on the transatlantic label, February Records. They play sweetly composed indie pop that has a sugary quality that reminds me of Australian twee pop bands like the Lucksmiths and the Mabels. They aren't even slightly a rock band like those groups though, but veer into electro-pop with the amount of effected vocals and synthesized beats. The songs are catchy, and I found lead track "Always Say Never To Always " to be especially so. 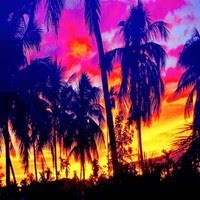 Mascsen is a new electronic musician, having just released this debut EP of house tunes with help from Mickey Valen. Specifically it was called "tropical house / disco house" in the submission, which seems applicable as far as I can tell. I am not usually a listener of house, but every now and then, weather permitting I can get down with it. So as the heat of this summer has cooled off just enough o making the outdoors less oppressive I've been enjoying this EP on my headphones on a hammock, perhaps not what it is meant for, yet it's good for it. 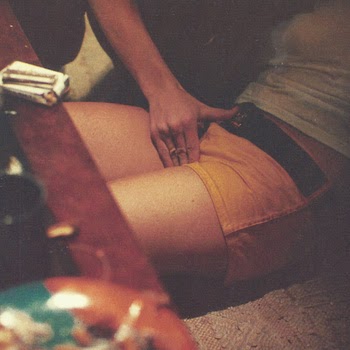 This is something I found kicking around on bandcamp when I couldn't get to sleep. The EP is from last summer, but since when are summer's all the different? Anyhow, it is an all female group for Santa Cruz, CA (which'll seem familiar to another writer on this blog). The songs are short, garage pop tunes with sweet lyrics about infatuation and being fucking cool. If you liked the Silkies EP from back in Grab Bag 57, you'll be down for this more than likely. 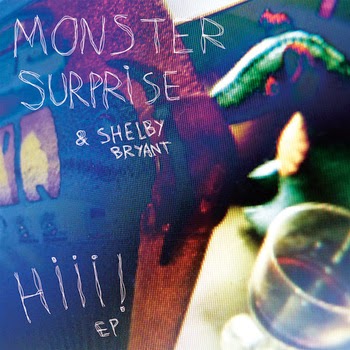 Now to round this baby off with something bizarre from Paris, France. Monster Surprise makes psych-pop with an almost creepy vibe that unsettles as much as it entertains at times, but it is overall a charming EP that has some well written tunes dressed up with oddness. I believe they are attempting to be provoking with how they went about composing the tracks, and to that end they succeeded rather well. It is a good start, and could very well be the first steps of a band that could make something freaky and awesome in the vein of Elephant 6 or some other reference I don't have...
Posted by Antarktikos at 10:49 AM