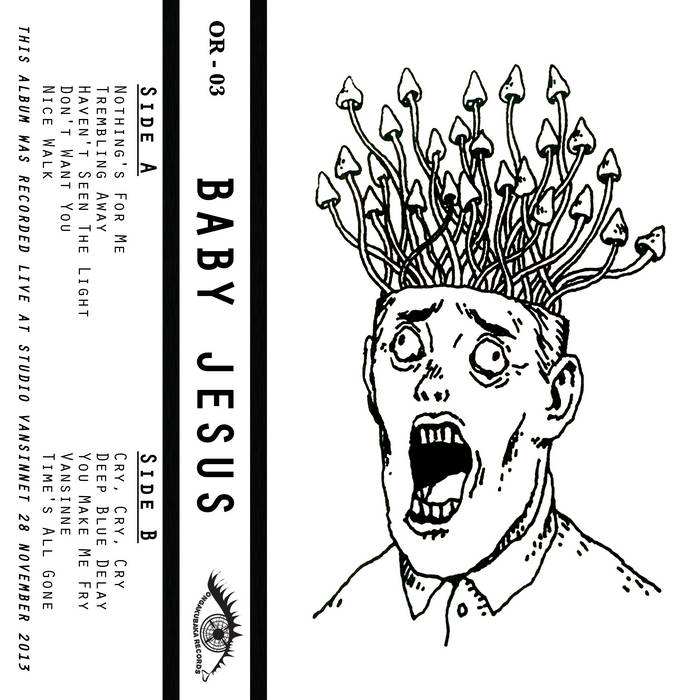 Glorious low fidelity, how I cherish thee. Organs wailing and droning, crashing cymbals, guitars fuzzed to perfection and a singer you couldn't dream of understanding without having hear the tracks nearly a dozen times. The building blocks of a wonderful garage rock album, here executed by the cleverly named Baby Jesus.

Baby Jesus hail from Sweden and are a newer release from the blog-turned-label, Ongakubaka Records. And that's right, back to back Swedish write-ups (might be time for an examination of a scene). The music of this self-titled album is raw garage, though clearly not amateur, rather it bears a groomed level of dissonance and psychedelia. Heavy hitting too, the band doesn't let up on the intensity anywhere in these songs. Moreover, the organ most especially, added by same wild guitar licks, creates a retro feeling that is very easy to get behind. As if a band from a Nuggets of 4-Wheels 1960s compilations really cut fucking loose and made something powerfully lo-fi. There's nods to 60s surf rock as well, such as the Dick Dale-esque "Nice Walk." Not an album to be ignored by a fans of garage, new or old, or anyone seeking to hear an excitedly washed out sound.

To be had here:
Baby Jesus - Baby Jesus
Posted by Antarktikos at 11:58 PM