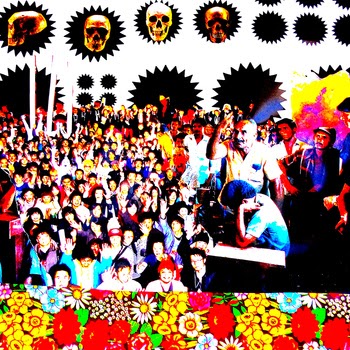 New album just out for the new year by Nate Henricks, whose Horse Carrot//Lemonade Guarantee I wrote up back in November. NTH MERIDIAN preserves the charming bedroom pop (or bedroom folk as he's tag it) of the previous album. It is definitely an amalgamation of styles and influences wherein Pet Sounds era Beach Boys, Elephant 6 indie pop like Apples in Stereo, and the multitude young artists outfitted with computers and guitars making music now. The first few tracks are rather pleasant and Brain Wilson-esque. Throughout the songs are delightfully psychedelic and craftily electronically augmented. I'm happy that Henricks sends his albums my way and hope he'll keep it up. The album is downloadable in a "pay your own price" fashion, in case your pockets are feeling heavy.

To be had here:
Nate Henricks - NTH MERIDIAN
Posted by Antarktikos at 8:51 AM