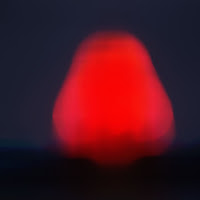 Acid Kicks released this live album straight after their show, the internet and digital recordings are amazing things. There's that sweetly lo-fi aspect that comes with live recordings, but unlike many of the others I've posted this isn't garage rock. Acid Kicks play a sort of psychedelic rock that is shoegazey and ethereal, which they have brilliantly tagged as dream punk. Pretty smooth and hypnotic, and while not instrumental the vocals are incomprehensible and echoing in a fantastic way. Features some tracks they didn't release prior to this gig as well, which always makes a live show all that more neat. Streaming and downloadable in a name your own price scheme.
To be had here:
Acid Kicks - Live at Silk City on January 11th, 2012
Posted by Antarktikos at 9:23 PM