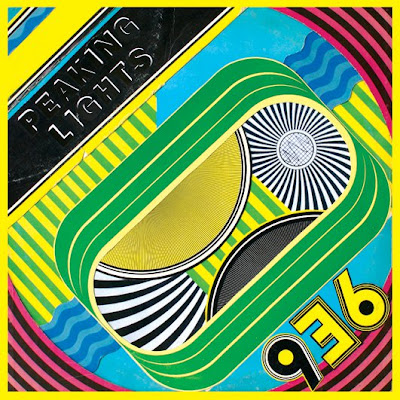 Can't believe I missed this album coming out. Then again tons of shit slips right by me. So thanks to Somatose for posting this one up, for I adore Peaking Lights. Listened to this album for the first time right after yesterday's posted band, Treasure Hunt, and I was surprised how similar in mood they were. Lightly droning, ethereal vocals, and echoing cords make quite close. Perhaps naturally enough as they're both lo-fi electronic music. However, this is a shift from Imaginary Falcons, which I posted about just after my old car's windows got bust out in this city I still perplexing live in. 936 isn't as darkly droning. Not really upbeat, except perhaps "Birds Of Paradise Dub Version," but as a whole more psychedelic and otherworldly. I also shared their EP released between the albums, Space Primitive, if you wanna grab that.
To be had here:
Peaking Lights - 936 [192 kbps]
Posted by Antarktikos at 1:02 PM