Excuses are all I've got still. No internet hookup to my place seems likely anytime soon, as I can't get the motherfuckers at Comcast to let me clear my name from identity theft and there's no damn phone line for DSL. Detroit's dishing out dick slaps to me like it is going outta style. However, these neat EPs got sent in.

This is a lo-fi garage rock/blues band from Chicago. The drummer is the same fellla that plays in Snow Ghost and releases music under the name MaoTzu. The best comparison I've got for what it sounds like is the Black Keys debut album but with harmonica. Hope that find that a flattering suggestion, because I still like the earliest Black Keys songs the best.

Two tracks each from Breathing Patterns and Gills, who've appearing in an prior Grab Bag. However, I think only one of Breathing Pattern's songs streams on the bandcamp. It is catchy shoegaze number, and the Gills have the same intense post-hardcore sort of math/punk rock. I've grown even fonder of them with this spilt.

Some very mathy post-rock from North Carolina.  The first track on the EP has a different sound than the rest (more soft and pop-like), so do make sure to keep listening even if that's song isn't your jam. As the EP carries on it gets fast and a bit harder. A pretty good beginning of something, but not a free download of it unfortunately. 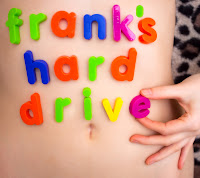 A debut EP from a Polish indie pop band. At seven tracks it is tempting to think if it as an full album, but I'll go with what they call it. Musically they remind me, naturally enough, of Beulah and Apples in Stereo. Especially the use of horns and slight influence of country like the former. By far the most upbeat instrumentation in this pack of EPs.
Posted by Antarktikos at 2:30 PM