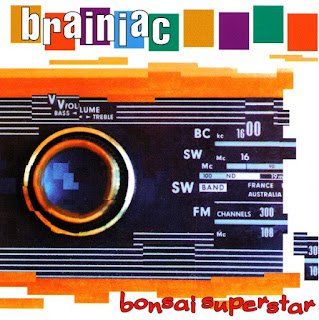 Brainiac were a band from Dayton, OH that made some of the most innovative synthpunk that has ever been created. Tragedy forced the band to break up in 1997 after their charismatic lead singer, Tim Taylor, died at the age of 29 when his car crashed and burst into flames(thought to be a mechanical malfunction). Their influence was surprisingly far reaching, as everyone from Death Cab For Cutie to Trent Reznor site them as having inspired certain elements of their own music making. There's even a story on the internet claiming that, 3 days after the car accident and 3 days prior to his own accidental death, Jeff Buckley, during what would be his last performance, lamented on stage about the passing of Tim Taylor... seemingly foreshadowing his own death by asking, "Is that how you like your rock heroes - dead?" 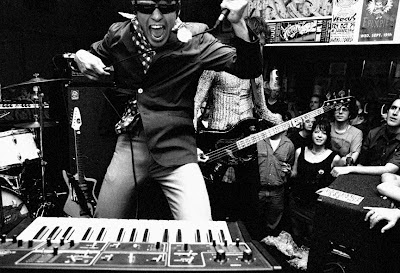 Brainiac were a force to be reckoned and were on their way to big things. They'd gone on tour as an opener for both The Breeders and Beck and were being groomed by major labels. This is their second record, released in 1994, the first to feature John Schmersal who would later go on to form Enon and act as touring musician for Caribou. Bonsai Superstar was where their sound started to take on a more definable shape, one that some liken to Devo on amphetamines. The band walks confidently, with swagger, on the lines between accessible and inaccessible("Transmissions After Zero"), ugly and sexy("Flypaper"), dangerous and nerdy("Hot Metal Dobermans"). From here on in, synthpunk experimentation would remain at their core. Moog synthesizers chirp and buzz along with the band. Guitar lines hint at melodies, while each chord seems to include one note that makes it intentionally and unapologetically dissonant. Singer Tim Taylor is an extension of that same formula, veering in and out of key as he growls and screams, at times through heavily effected processors. What's most remarkable about his voice, however, is his searing falsetto, which brings to mind Ian Svenonius of The Make-Up.


This record is, unfortunately, out of print. Hard copies can be found at crazy prices, so until someone is able to rerelease it, I feel it's important to get it out there. For anybody who's already a fan (and anybody else) make sure to check out this full Brainiac show that some saint recently posted to youtube.

Posted by Amazing Larry at 4:19 PM