More EPs, all of these expect Bass Drum of Death were submitted to me. Sorry if you sent it in and it took some time to show up; I sorta let the smaller releases pile up so I can make an grab bag post. Also all are through bandcamp save the aforementioned EP.
To be had here:

The fellow that sent this in is also a member of Spook Houses, whose fantastic EP was posted up here a couple months back. This is a short and sweet selection of 3 tracks from an upcoming cassette. There's splendid blend of lo-fi and pop-like qualities in their rock.

I was sent this EP without any information regarding who this band is. Decided to give it a go anyway and it was a pleasant experience. Three songs of dreamy, looping, and wandering ambient folk experiments. 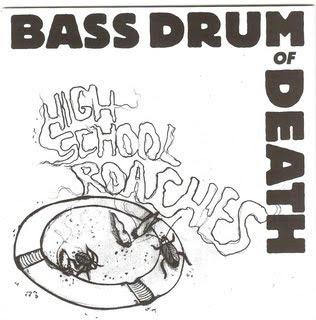 Decided to toss this up because I have really been digging their full-length. More I listen to them the more I think of the early White Stripes, before shit got all messed up and costumes seemed more important than rock and roll.

This is a new EP from an Long Island duo released on February Records. It's some cheerful sounding, if not lyrically so, indie pop. Reminds me of Math and Physics Club, Pas/Cal and even early Beulah.

Sat on this EP for a bit, sorry again. Don't let my delay hold you back from snatching this up though. This EP is different from the others, and much of what I've posted lately. It's a softly recorded acoustic album that he's got tagged as psychedelic blues. Quite soothing of a listen.
Posted by Antarktikos at 3:22 PM