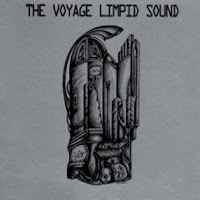 Now I've sat on this album for years. Occasionally I'd go back and give it a listen, and every time I am reminded of how pleasant it truly is. There isn't too much information on The Voyage Limpid Sound floating about, but seemingly it was the brainchild young Greek man. Heavily influenced by 60s psychedelia it has a very Pink Floyd, Beach Boys, Kinks vibe to it all. You know, shit like organs and harmonious vocals. Meanders about more or less yet it maintains a glowing warm feeling throughout. Could just as easily imagine it coming out of Athens, Georgia scene as Athens, Greece. I do believe they released a follow-up album, but for whatever reason I've yet to hunt it down. However, time for dilly-dallying on this one certainly passed a while ago.
To be had here:
The Voyage Limpid Sound - Electronically Enhanced Dream [160 VBR kbps]
Posted by Antarktikos at 2:06 PM