I imagine that everyone that knows anything about anything should be aware of Neutral Milk Hotel. In The Aeroplane Over The Sea is one of the best records ever. However, as many also know, the band didn't emerge from no where and was involved more or less on the ground floor with the formation of Elephant 6, back when it was an actual label. Several demo cassettes were produced when the band was beginning as a brainchild of Jeff Mangum, who had even been recording prior under the shorter moniker Milk. Basically, all this information is found easily on the internet, but I still like to listen to these three demo tapes. They're pretty simplistic as far as most of the songs go, with many tracks involving sound collage techniques and some spoken word. Some songs where fleshed out and improved upon to become tracks on the two official albums by Neutral Milk Hotel. Others such as one of my favorites, "Engine," wasn't ever released on either, although it can be found as the b-side to "Holland 1945" and on Mangum's live recorded at Jittery Joe's in Athens, GA. Multiple versions in demo-quality recording of songs might seem excessively nerdy, but appearances of Magnum's amazing talents became severely restricted after his desire to remove himself from the public eye following the success of In The Aeroplane Over The Sea. I do know there are more including some are unreleased material but this is was I have in decent bitrates. Moreover, there are few demos are quirky and interesting as these.
To be had here: 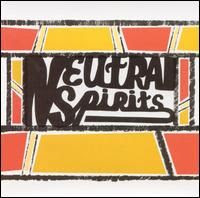